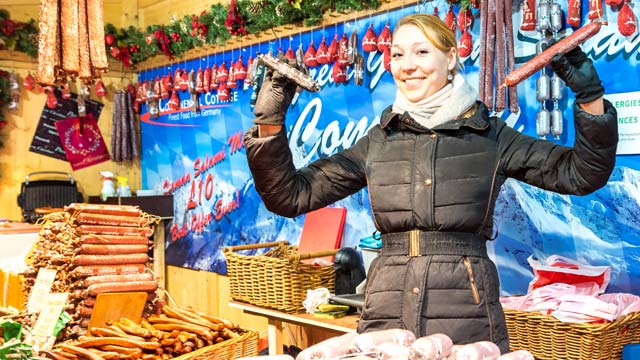 With an almost endless list of activities, the metropolitan area has solidified itself as a commercial hotspot to rival any other in the UK. A big part of what makes it a favourite for both tourists and locals alike is the shopping experience.

From top to bottom you’ll be spoilt for choice, with the city centre boasting almost every conceivable fancy for even the most insatiable shopper. From high end designer fashion to vintage stores bursting with character, from bargains on the high street to unearthing unique gems in an independent boutique on a back street – Manchester has it all.

And before you waste even a moment worrying about how you’ll take it all in: one of the most celebrated features of Manchester’s shopping experience is just how compact it is. There is little need for public transport and within a short walk you can find yourself hopping from the cheap and cheerful stores to fit a modest budget, to the upmarket outlets if you’re wanting to splash some cash.

Whether it’s the latest electronic gadget, the perfect addition to your wardrobe or even just an afternoon browsing – whatever you had in mind, Manchester is the place to find it.

What comes to mind when if you’re asked to picture Manchester style – a Liam Gallagher trench coat complete with sideburns? OK, well it’s not the 1990s anymore, so don’t hold your breath.

But that’s not to say the city’s not managed to nuture and preserve several distinct trends. And the cocksure Gallagher’s style is still alive and well in the city, with the Oasis frontman’s own store Pretty Green residing in the heart of Manchester’s most exclusive shopping district – King Street. The star’s childhood haunts across the city are still used in the label’s photoshoots and to inspire their latest ranges.

The vast number of shops alone is evidence enough that Mancunians love a good spree from time to time, and some of the brand’s closest to their heart are homegrown. The inimitable Henri Lloyd, who somehow took ‘technical sailing clothing’ and made it both supremely fashionable while unparalleled in its functionality, has multiple stores across the city, from St Ann’s Square to the Trafford Centre.

The iconic sport brand Umbro was born and still resides in the city – making its debut on a Manchester City kit in the 1934 FA cup final and even sponsoring the Blues when they snatched Premier League glory in 2012.

Manchester is both a fashion conscious city as well as one proud in accepting of self-expression, as weird and wonderful as this needs to be. So don’t be surprised to see a few alternative looks as you go about your shopping. And if something catches your eye, you can be sure there’ll be a shop stocking it close by.

Before you do anything though, you might want to get your hands on an umbrella. While the city actually has an average annual rainfall lower than the rest of the UK, it’s not developed a reputation as the ‘rainy city’ for nothing. When it does rain, it can be quite relentless. Not only will an umbrella complete the outfit but might just come in handy.