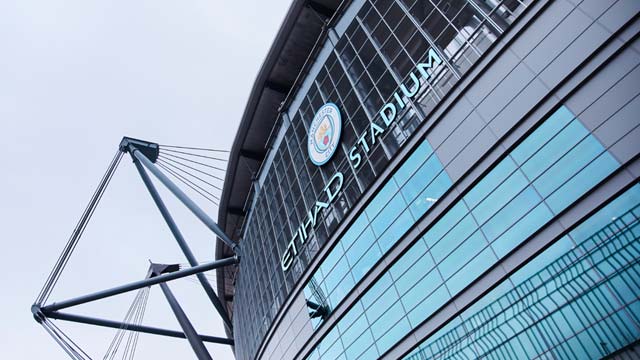 Manchester City celebrates it’s 125 year history with a stadium tour that takes you on the most immersive experience in football with a 360-degree cinema sharing the club’s history and the chance to field questions with a virtual Pep Guardiola in the Press Conference Room!

The tour begins in the exhibition space including key historical artefacts, some of which have never been seen in public before. The exhibition takes you on a journey from the club’s beginnings in Manchester’s industrial past through holographic representations of the club’s crests through the years to the Fourmidable trophies from City’s phenomenal 2018/19 season.

The tour uses immersive technology to enhance your experience of visiting the Etihad Stadium, including a 360-degree cinema screen - the first of its kind in the Premier League. Taking you on a journey of a player on match-day from arrival to kick-off, City’s tour will delight and amaze everyone.

City’s informative and entertaining tour guides will guide you through hospitality areas within the stadium, including the Tunnel Club, you’ll visit the Away Team dressing room and experience match day in the Home Team dressing room with an immersive audio-visual show and walk down the glass players’ tunnel before getting the chance to sit in manager Pep Guardiola’s seat in the dugout.

City’s meteoric rise has brought with it unrivalled success on the field over the last decade, and this is the chance for fans and visitors to walk in their favourite players’ footsteps including record-breaking signing Jack Grealish.

After the tour, you can shop in the City Store, and the Etihad Stadium is well connected by the Metrolink tram system and other transport links to the centre of Manchester.

Across from the Etihad Stadium is the City Football Academy, home of Manchester City’s Womens team and their Elite Development Squad. The Etihad Campus also houses the Regional Athletics Arena, National Cycling Centre and Manchester Tennis and Football Centre, so it can truly become an active and sporty day for the family.

You can make a footballing day of it by pairing your City tour with a visit to the National Football Museum (Urbis Building, Cathedral Gardens) and explore the history of the sport, see the museum’s incredible collection of silverware and artefacts, take on a virtual keeper in the Penalty Shootout or see the English Football Hall of Fame. The stories within are inspiring and cement Manchester’s place as the home of football.