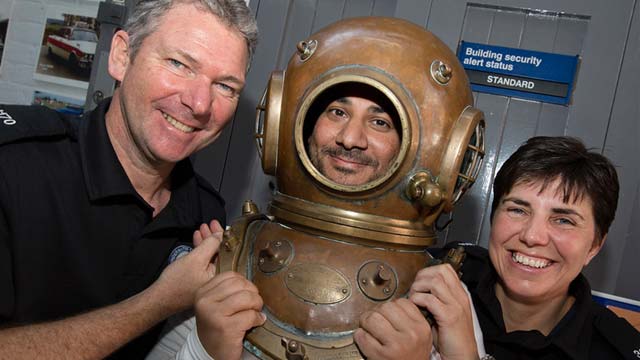 Located in the heart of Manchester’s eclectic Northern Quarter is this gem of a museum looking back over the history of policing and the monumental changes faced to ensure safe policing in the 21st century. The story of law enforcement is traced through historic photos, old weapons and uniforms and other artefacts.

The former Newton Street police station, built in 1879 and in use up to 1979 has been restored to reflect it’s Victorian roots. This Grade II listed building vividly brings to life what the Victorian and modern policemen encounter to protect the public.

The first part of the museum has on display uniforms, truncheons, and memorabilia tracing the history of policing. Some of the more gruesome aspects of what the police have had to deal with in Manchester’s history are also on display in the formidable ‘weapon room’, along with some artefacts relating to the Strangeways riots at the infamous Mancunian prison.

The story of Manchester’s most notorious counterfeiter is also retraced, including displays of some of his tools. You can discover how he evaded authorities for years until a slight imperfection on a forged bank note unravelled his schemes!

Not to be missed are the restored Victorian charge office where you can compare how policing has changed between then and now as well as imagine what it might have been like for criminals to face the judge in the courtroom - restored to how it would have appeared in 1895.

The courtroom was actually rescued from the nearby Denton police station and is an atmospheric glimpse into how justice was meted out. And if you dare, you can get ‘banged up’ in one of the original prison cells, complete with extra comfortable wooden pillows!

In the museum’s courtyard, a number of iconic police vehicles are on display and volunteers including ex-service personnel are on hand to tell you stories about the exhibits and life in Manchester. Elsewhere, displays bring the changes to policing to life, reflecting on Manchester’s past, from the times of the Scuttlers, young gangs who roamed the maze of streets in Manchester’s slums, through to the challenges represented by terrorism.

The museum has been used as a filming location for a number of television series and films, and fans of ‘Life on Mars’ and ‘Heartbeat’ may enjoy spotting the type of vehicle and uniforms used in those series.

It’s worth continuing your journey and exploring the Northern Quarter with it’s mix of old architecture which has been used by TV and film series such as The Crown, Sherlock Holmes and Captain America to recreate downtown Manhattan and urban grit with street art, murals and famous tiled mosaics depicting famous Manchester figures.

The mix of quirky shops and eclectic cafes in the maze of streets will provide inspiration and interest for all. Of note, is the bohemian Affleck’s Palace (Church Street, M4 1PW) which includes dozens of independent stalls, small shops and boutiques.

Opening Times: Tuesdays only (and some Thursdays in the school holidays, ring ahead to check availability), free to visit, but donations appreciated