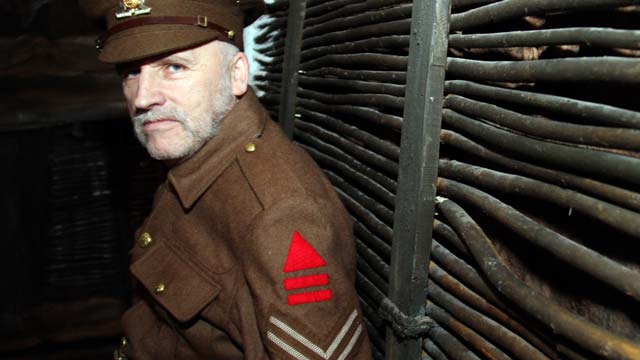 The Museum is home to the XX Lancashire Fusiliers and the Royal Regiment of Fusiliers collection, commemorating over 300 years of history and heritage.

The regiment is part of the Queens Division formed in 1968, which is when it received its new name, and 2018 will be its 50th anniversary.

Commemorating this milestone the museum is planning on opening a new exhibition and an artist will be creating works inspired by the museum and the day-to-day life of the Fusiliers.

Opened in 1934 it examines the history of the regiment, how it has changed since its founding in 1688 and the countries it soliders have served in.

This extensive collection of militaria features many original pieces including soldiers’ uniforms, equipment and historical documents.It offers visitors a close look at the personal social history, deeds and values of the Fusiliers.

The Lancashire Fusiliers have been awarded nineteen Victoria Crosses, eighteen of which were awarded in the First World War, more than any other regiment in that conflict.

Today the Museum holds seven VCs as part of its medal collection, including two of the six awarded ‘before breakfast’ to the 1st Battalion at Gallipoli in 1915.

The recently installed ‘Rose Window’, created by artist Bridget Jones, is a replacement for one removed during WW2.

It represents the artistic and cultural history of Bury as well as highlighting connections with Lowry, the cotton industry, building design, and the Fusilier regiments’ histories.

The 2017 family events have been inspired by characters and themes in the window.

Family history is an important part of the museum’s work. If a member of your family has served in the regiment you can research their military service history.

This is supported by a wealth of documents, books and diaries all about the Lancashire Fusiliers, which you can access by making an appointment [check website for details].

The Fusiliers Regimental Memorial is just outside the museum in the ‘Gallipoli Garden’.

The garden is named to commemorate those who fell in that campaign and is an important part of Bury’s Armistice Day, held annually on 11th November.

The museum’s events calendar is full of free family friendly activities such as The Big Draw a fun sketching opportunity or craft sessions, family tours and storytelling.

An adult ticket is £4.95 with family tickets and concessions available. Each of these tickets offers free return entrance, to the museum, for a full 12 months after its issue.

It is across the road from the Bury Art Museum and both are less than 5 minutes walk from the Metrolink stop.